Who is the new (American) head of Citi's broker dealer business in Frankfurt? 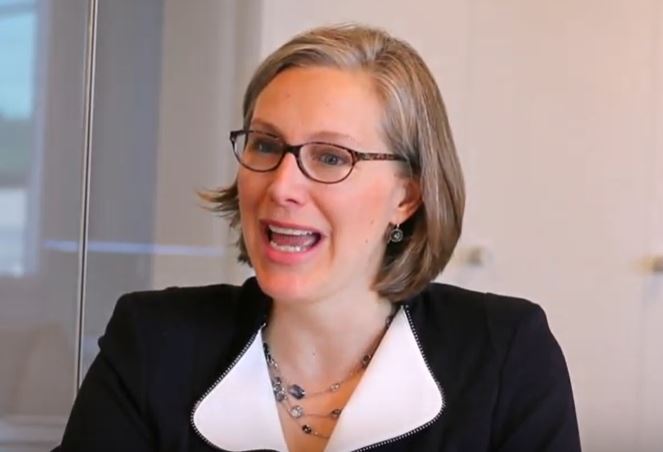 If there were any hopes in Frankfurt that Citi might choose a German native to run its post-Brexit broker dealer business in the German city, they were dashed this week when the bank opted to shunt one its most senior American women into the role instead.

Kristine Braden, who has spent the last two years in New York as chief of staff to CEO Mike Corbat will run the bank’s post-Brexit hub and as well as being responsible for the European cluster of its corporate and investment bank – a group of 21 countries.

Braden is replacing Zdenek Turek who previously was Head of the Europe Cluster, and CEO of Citibank Europe plc (CEP), its pan-European bank, based in Ireland. Turek is becoming EMEA Chief Risk Officer while Braden takes the reins as the first CEO of Citigroup Global Markets Europe (CGME), the bank’s EU investment arm in Frankfurt.

Braden is American (she grew up in California and Connecticut) and has spent her entire career at Citi. After graduating in political science from the University of California, Berkeley, she joined Citi in 1998 and has worked there ever since, assuming roles across the world from the Dominican Republic to Hong Kong and Switzerland. Between 2015 and 2018, Braden was CCO and Head of Corporate & Investment Banking for the Swiss Cluster, while prior to that she was European head of the bank’s Global subsidiaries group, an important division whose clients were the European subsidiaries of global blue-chips from Google to Microsoft.

Although Corbat ran Citigroup’s European operations before being promoted to become the bank’s CEO in 2012, the pair never overlapped in Europe, but Braden clearly impressed enough to become his chief of staff in 2018.

A fierce champion of women's rights, Braden is an interesting choice to run the German business. - As a country Germany is known for its comparatively small population of working mothers. Braden, however, has championed women in the workplace throughout her career, and this isn't the first time she's worked in a predominantly male culture. She told Swiss newspaper LeTemps that she found herself the only woman in the room at a meeting in London in 2012 and that she likes to 'break myths.' -  "For too long, the only jobs that women were allowed to do were nurse, secretary or school mistress," said Braden. "This belief system must change."

Braden is the adoptive mother of two Chinese children, now aged around 19 and 21. Her husband, who is not a banker, works as a pediatric nurse. In 2013, Braden told the New York Times that her husband wasn't the sort to be a corporate spouse.

Braden's appointment might upset Citi's German traders, but it sends a further signal about Citigroup’s commitment to ts Frankfurt operation after Brexit. Earlier this week, Citi reshuffled its ranks, promoting Stefan Wintels, its most senior banker in Germany who helped to establish CGME, to co-head its global financial institutions group (FIG) within its banking, capital markets and advisory business.

Citi intends to hire a senior German rainmaker to fill Wintels’ shoes so he can move into a vice chairman role with oversight of the bank’s biggest clients in Germany, in addition to his new job co-running FIG. With Wintels moving up, Citi is now looking for a new chief country officer for Germany and has appointed Stefan Hafke on an interim basis.