How Goldman Sachs and JPMorgan are using quantum computing 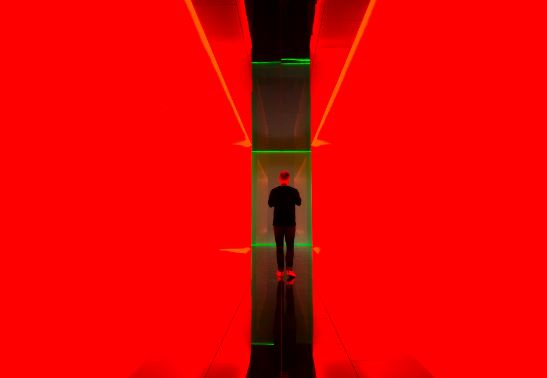 As we've reported before, banks have been busy building teams of quantum computing researchers. Today, the heads of those teams at Goldman Sachs and JPMorgan presented their work at the Q2B Practical Quantum Computing conference.

Goldman Sachs has recently assembled a "full team dedicated to quantum computing," William Zeng, head of quantum research at Goldman Sachs told the virtual audience. In a subsequent session, Marco Pistoia, managing director and head of the FLARE (Future Lab for Applied Research and Engineering) at JPMorgan, said quantum computing is what FLARE is "particularly interested in."

Zheng said Goldman sees three broad use cases for quantum computing in finance: simulation (eg. for the statistical simulations of stochastic processes used in derivative pricing); optimization (eg. portfolio optimization in the context of regulatory and tax constraints); and machine learning, which remains a "nascent" field in finance.

Pistoia said JPMorgan is also looking at using quantum computers for portfolio optimization. JPM is interested, too, in the potential for quantum computers to break existing methods of cryptography, thereby compromising the security of the entire financial system. This could happen in as little as a decade, said Pistoia - "it depends upon the hardware."

Zeng said his team at Goldman have had some success in simplifying algorithms used for derivative pricing by loading all paths into quantum memory and extracting them with amplitude estimation. The method has allowed Goldman to speed up derivatives pricing by a thousand times for a million potential paths compared to the Monte Carlo method, said Zheng, describing the achievement as "incredibly significant."

At JPMorgan. Pistoia said his team has also devised algorithms that attempt to overcome current hardware deficiencies. One of these works on a quantum computer designed by Honeywell, said Pistoia, and uses a feature called "mid-circuit measurement." "We have been able to measure a qubit during the execution of a circuit and then reset the qubit and reuse it," he said. In this way, the algorithm uses far fewer total cubits.

JPM has also been looking for ways to overcome the cryptography issue. One possibility is to develop new quantum cryptographic algorithms, said Pistoia - although there's no guarantee that these too won't be broken. Another is to use "quantum key distributions," which embed the cryptography in the principles of quantum mechanics.

As quantum hardware improves and algorithms are devised to manage the quantum noise, quantum computing will only become more important. Pistoia noted that different industries are expected to achieve 'quantum supremacy' or usable quantum computers at different times - and that the financial services industry is expected to be one of the first.

Photo by mahdis mousavi on Unsplash