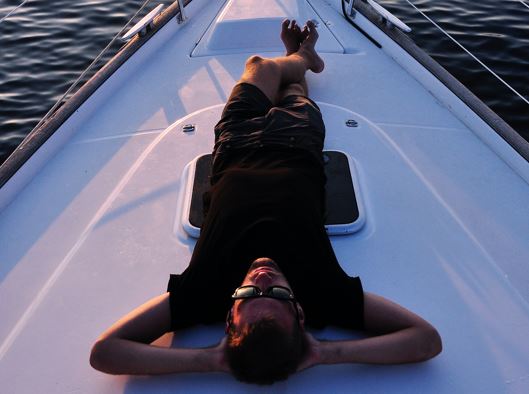 I’m 30 years old and an associate on an M&A team. I started my career in financial services six years ago, but I only moved into advisory recently: I began in operations.

I chose finance as a career because I wanted a job with a good income where I could grow, and I wouldn’t have to work with my hands and my body: I thought my brain would serve me better and keep me in a career for longer.

I don’t come from a banking family. My father was a blue collar worker who lost his job, and my parents suffered badly from debt. When I chose a college, I therefore avoided a big name where I’d need student loans and chose the local community college instead. I was terrified of debt and worked as a delivery driver and a dishwasher while I studied so that I didn’t need student loans.

When banks came to recruit at my community college, they only hired for operations jobs in the back office. Students at my college were considered suitable for these very tedious simple tasks – in my early 20s I had no idea that there were much better paid jobs available in areas like investment banking, equity research, or sales and trading.

This was why I started my career in operations. I didn’t have front office internships on my CV and when I was applying for roles my only experience was in washing up and truck driving. When I got into the bank, however, I soon realized that these other jobs were available and that operations was not where the big money was. I reached out to the firm’s internal recruiters to express my interest in those roles, but I was told that the people in those jobs attended schools like Wharton or Johns Hopkins. They weren’t willing to train me up and move me across even though I was the top performer in my team and was paid some of the highest bonuses in my department. It was incredibly frustrating.

I was saved by networking. I’m not the smartest person, but I became very good at reaching-out via cold emails and through contacts on LinkedIn. If you want to get into a front office role, and you’re in the back office, you need a recommendation.

I’ve come to realize that unless your family have a background in finance, you’re probably not aware of the range of roles on offer. Most people in front office banking jobs come from wealthy families, and they’ve targeted on achieving the highest paying and most prestigious roles from the start. People who don’t come from banking families end up funneled into less desirable jobs and then have an uphill battle trying to get out of them. It’s not impossible to move once you’re in through the door, but it’s not easy.

Now that I’m in an advisory role myself, I want to give something back. I’m incredibly grateful to everyone who’s mentored me, and I mentor people myself. I’m still drawn to spend time with people at work who come from backgrounds similar to my own, and given the choice, I always hire someone from a non-target over a target school. - I know from personal experience the kind of work ethic you need if you’re at a non-target. If you don’t come from a strong financial background, you need to earn your own money during your teens and early adult years while you’re studying. A lot of non-target students work twice as hard as students at target colleges as a result, and it seems a shame that banks don’t recognize this when they recruit for the front office.

Stanley Wilkinson is a pseudonym

Photo by Alex Block on Unsplash