Who won and who lost in the second quarter?

Courtesy of Morgan Stanley, which has just issued a report on banks' recent performance, we can now shed a little more light on the winners and losers of the past three months.

Derived from Morgan Stanley's figures, the graphs below show Goldman Sachs was the big winner in Q2, substantially increasing its lead overall lead compared to Q1. Citigroup was the big loser.

Morgan Stanley's analysts are predicting that Q3 revenues will be down on Q2. 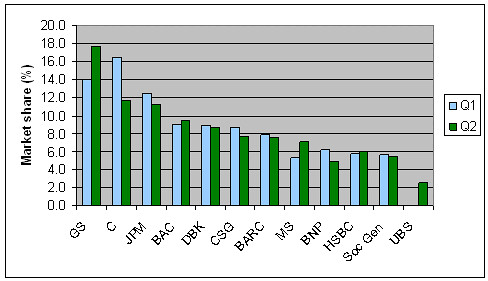 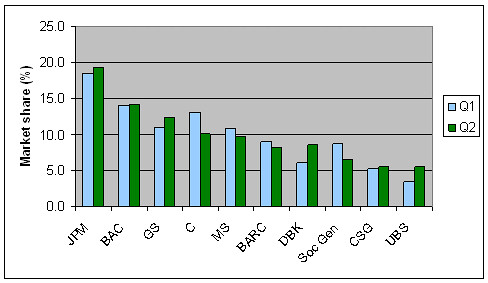 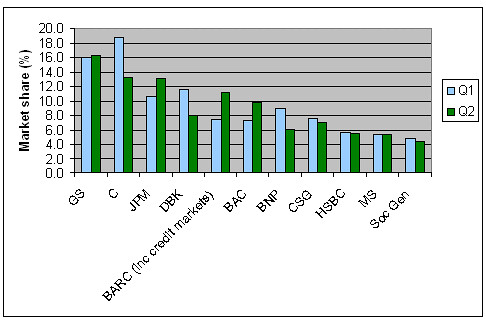 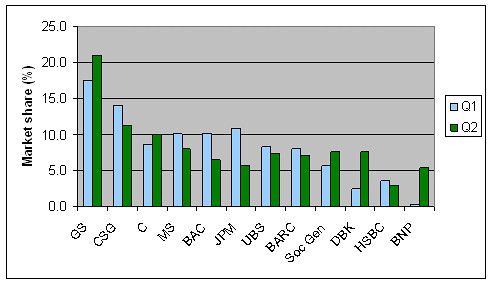