Sudden and scary indication that there might be more job losses

Just when everything looked like it might be fine, the latest CBI/PWC survey raises the spectre of further job cuts, particularly in sales and trading.

The latest quarterly survey shows that optimism about business conditions in the sector has risen dramatically. But sentiment around future employment levels has plummeted since June.

On balance, 100% of securities trading respondents said they were optimistic about future business levels in their sector. But when their positive and negative responses about employment over the next quarter were totalled, the outcome was an ominous -70%.

The CBI and PWC don't comment on job losses in particular areas, but across the financial services industry as a whole (including insurance, retail banking, building societies, finance houses, securities trading and investment management), they're predicting a further 10,000 job cuts in Q4.

Michael Geoghegan, chief executive of HSBC, substantiates this pessimism. He tells the Financial Times today that he expects another downturn in the coming months and that HSBC will therefore not be expanding in a hurry. He also expects regulatory tier one capital ratios to rise to around 10%, instead of the 8% or less that most banks have currently mustered.

A rise in tier one capital would be bad news for banks' sales and trading operations. Research by JP Morgan analysts earlier this year predicted job losses and compensation cuts at most banks as organizations adapt to the new regulatory landscape. The situation could be made worse by new proposals for a windfall tax on the financial services industry.

However, while the outlook for trading jobs doesn't look good, the situation is much better if you're working in investment management. Here, optimism on employment has improved considerably since June according to the CBI and PWC's research. As we mentioned recently, there's been lots of hiring in fixed income funds. 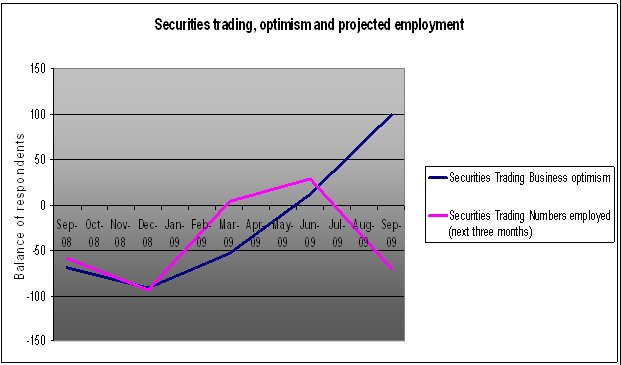 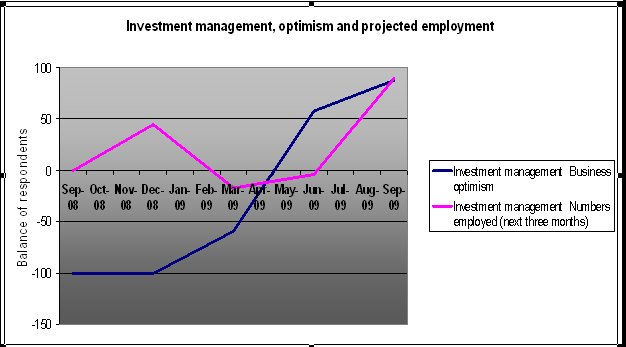