Q&A: Citigroup's Central European Banking head talks about his career and explains why he prefers candidates with a sense of fun

Linos Lekkas, Citigroup's head of banking for Greece and Cyprus and recently promoted Central Europe banking head, has answered our questions about his career in investment banking and the fact that - ultimately - it is personality that makes a senior banker stand out. 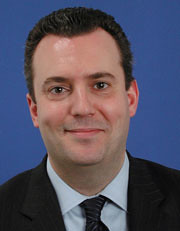 This is what he said:

1) How long have you been working in financial services?

I'm just about wrapping up my 14th year and about to make into my 15th.

2) Has your career path been conventional or capricious?

I think a little bit of both. I started off in a more conventional manner, working in telecoms investment banking, but I've moved into a broader role working as an advisor across the Greek economy.

I studied an MPhil in finance at Cambridge, but moved into banking only after I'd finished my military service in Greece. Whilst I was still at Cambridge, I sent around 25 letters to employers explaining that military service would make it difficult for me to participate in the coming recruitment round, but that I would be delighted if I could start a year later. I received 22 or 23 rejections offhand, two responses saying I should apply the following year, and a request to come in for a meeting at BZW.

I went to that meeting, got my foot in the door and kept on pushing. I attended an assessment centre which was supposed to be for 12 people and where I was the hastily added 13th attendee whose name was scribbled onto the list in pencil. In theory, I was there just for 'experience' but I did better than everyone else and was offered a deferred place. I finished my military service on a Thursday and started BZW on a Monday.

I specialised in Greece at an interesting time. From the mid-1990s and privatisations such as Hellenic Telecoms in 1996, Greece started developing a strong corporate sector. For a country of 11m people there was a lot of activity in the investment banking space. Along with the Olympic Games in 2004 and the introduction of the euro and before that the ERM, this made Greece a buzzing location for around 12 years. Investment banks are an easy target for criticism, but they've done a lot of good.

3) What matters most: talent or hard work?

I suspect 10 out of 10 people would say both. Unfortunately, I'm not going to say anything more creative. They both matter at different stages of your career, and in different proportions.

Hard work is absolutely essential in the early stages of a career as you establish yourself. In your early career you really need to establish yourself as a reliable and safe pair of hands. If you can't get that right and get the recognition you need as a solid base, you'll be seen as talented but possibly unreliable. People will think you should be in a more entrepreneurial or creative business.

However, once you have the solid foundation and you put in the hours, what really starts to differentiate you as you become more senior is talent and personality. You need to figure out how to get on with clients. Whether you're an industry person or a product person, you ultimately need to be good with people - both internally and externally. You can be very talented and very mathematical, but the combination of effort and personality is what will truly make you stand out.

4) What would you always advise people to do before they step into an interview with you?

Know the basics about the organisation you're interviewing for. It's surprising how some candidates just have no clue. I don't expect people to be over the top and fanatically enthusiastic, but I do expect them to have done some preparation.

Personally, I shy away from peculiar questions trying to catch people out and when I'm interviewing analysts and associates I try to look for people who will be responsive and reliable for the first 5 years and fun to work with once they've got the experience. Obviously, I would like them to be fun from the beginning, but the early years are about hard work and sometimes you have a great and fun interview where you can't see the person fitting into the job.

5) What do you know now about working in banking that you wish you'd known 15 years ago?

This is a difficult question to answer. I think the main issue is that financial services has turned out to be far more volatile than I'd ever imagined it would be. I don't know if that would have changed my decision to go into this industry, but living as a junior guy through the Asian crisis, the Russian default, the tech boom and bust, the equity research scandal, and the financial crisis, has been shocking. We are now being carried away by the sovereign debt crisis and my country is unfortunately leading the pack.

The cycles over the past 15 years seem to have really shrunk. I haven't suffered from it personally, but it has been a tumultuous time. I have tried to carry myself with integrity and to be mindful of the broader issues while focusing on the specifics of the pitch and the execution.

6) You are only allowed to hire one person over the next six months. Can you describe their ideal profile?

Someone who's a team player. Someone who can see that Citi - because of its breadth - needs people who will go out of their way to think beyond their narrow team and to look at the broader opportunities and implications of an initiative or project.

7) In no more than three sentences, can you say what your business area will look like in 2015?

No more than three sentences is always a problem! Today, I've been given a broader role with responsibility for Central Europe, but Greece is what I know best and I'll answer in respect to that.

What happens in Greece between now and 2015 will depend a lot on external influences. We have never had as many Greek M&A mandates as we have currently, but we have also never had fewer capital markets transactions. This is a result of market changes, but it's also a result of Citi being nimble enough to identify that the paradigm has shifted. Where would I like our business to be in 2015? I'd like us to be the top franchise in the market. We're already making good headway in getting Citi back to where it was historically.

8) I want to work for you. What will persuade you to hire me?

If I were faced with equal candidates with a solid education and a good track record, then what would make me hire you is the fact that you're fun. It sounds clichéd, but it's so important. In this industry you spend a lot of time with colleagues and life's too short to be miserable. I'd therefore go for a candidate with an appropriate sense of humour. I don't want someone who goes too far, I want someone who smiles. Long faces make the day too long.

Comments have been turned off on this article.