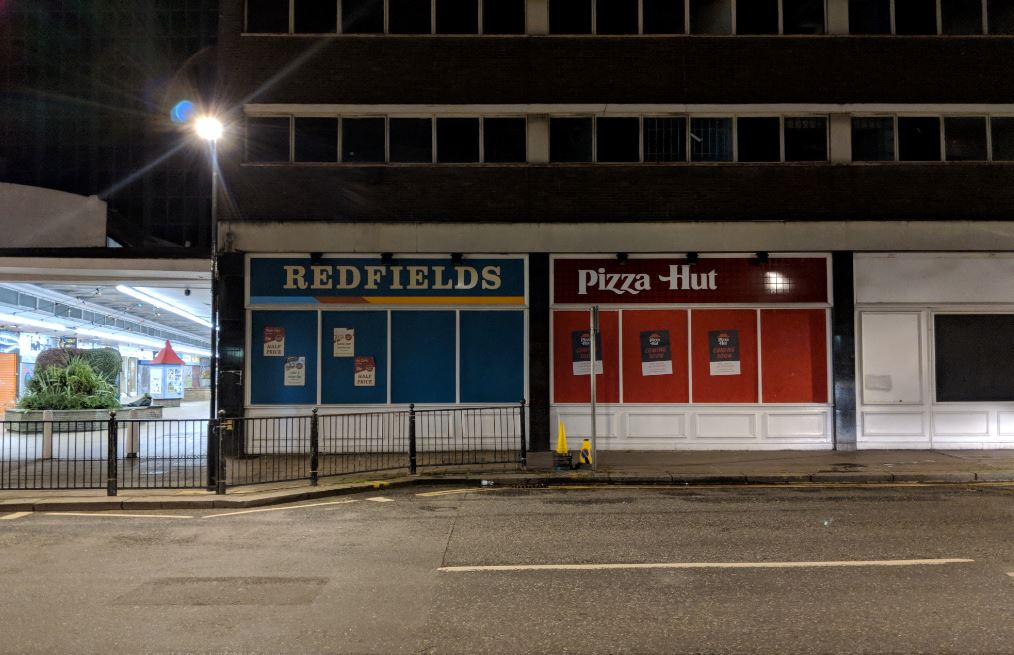 If you're a trader used to working in Fleet Street, the City of London or Canary Wharf, being asked to work in considerably less prestigious locations like Croydon, Farnborough, Luton, Lewisham, Basingstoke, High Wycombe or Basingstoke might come as a shock. However, this is what's coming due to the coronavirus.

As the virus spreads, banks are activating disaster recovery centres, most of which are on faceless trading estates in satellite towns outside of London. The presumption was they would never be used, or that if they were used it would be for a brief time after a single incident, not as ongoing sites during a disease outbreak that could potentially last for months.

"These sites are all on the cheapest real estate," says one source. "They used to be in the docks in East London but banks moved them out when Docklands offices prices rose." As a result, Goldman Sachs has a back-up trading floor in Croydon - one of outer London's poorer boroughs. Nomura's alternative trading floor is in Farnborough, a town better known for its airfield. Citi is thought to be in Lewisham, JPMorgan is in Basingstoke, and various other banks are said to be clustered in Luton, named the worst place to live in the UK on Reddit a few years ago.

One trader who's been to his bank's back-up trading floor says it's a soulless place compared to the trading floor in London. "You're just in a big office block with a small trading floor laid out a bit like the one in the City but a lot more muted. It's like a giant room with PCs and screens in a row. It's very bland."

Banks are activating their out of town disaster recovery sites as they attempt to segregate teams to reduce the spread of the virus. Credit Suisse, for example, has reportedly begun operating a 'split teams' strategy where some staff are located to a recovery centre and some are not, with team members ordered not to mix. Other banks are doing the same in Asia and Milan; one Milanese trader told us juniors are more likely to be shunted to out of town locations as they have fewer family responsibilities. However, in London some senior traders seem fine with the displacement - one said he will simply commute to the remote office from his house in the country.

As the virus spreads and precautions increase, not everyone will be transplanted long distances. One senior equities salesman says most banks have multiple disaster recovery trading floors: some in the City itself and some outside. This appears to be the case at Goldman Sachs, which has Croydon and a floor in a WeWork office ina renovated Victorian building at Waterhouse Square in Holborn. Croydon would clearly be the short straw. Deutsche Bank's in-town disaster recovery trading floor is understood to be at London Bridge.

Having traders working from home would be a total departure from the norm, for both banks and for regulators. However, French banks are already reportedly seeking permission from their local regulator to allow employees to work in the spare room.

Xavier Pujos, former COO for BNP Paribas' fixed income business globally and managing partner of Sionic, a firm which helps banks navigate regulation and organisational issues, says most banks will be loathe to allow traders to operate from home offices. "The compliance and risk departments are going to say it's too risky - someone could have a fat finger, for example, and there will be no means of correcting it," he says. "Equally, if you're working from home you may have access to a lower level of information and it will be easier to make the wrong decision."

If traders are to work from home, they will need highly powerful bank-approved laptops with high levels of security, says Pujos. They will also need an interface which will allow trades to be placed remotely: "You'll need a light front end progamme which doesn't overburden the laptop itself but which accesses the bank's systems." Another source, suggests banks are already busy buying up space on the cloud for precisely this eventuality.

Photo by Oliver Needham on Unsplash