Six jobs banks are hiring for during the virus lockdown 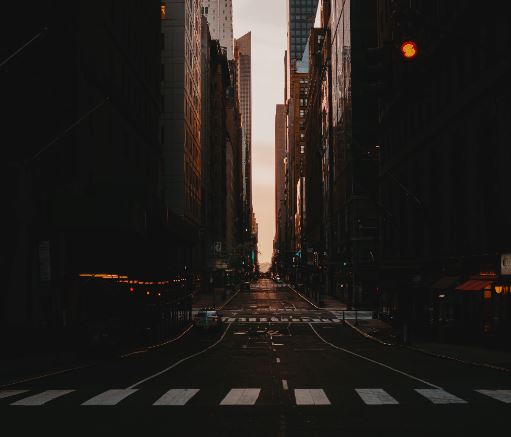 If scientists at Harvard University are right, neither COVID-19 nor its associated lockdowns will pass soon: in a paper published yesterday they predicted that the disease will become a seasonal winter illness that could threaten a resurgence right through to 2024, and that social distancing will be necessary until 2022. If they're right, COVID-19 will become something we need to live with, rather than hold our collective breathe throughout - and in some form, business will need to continue as usual.

There are already signs that this might be happening. Even in the depths of this lockdown, banks in London and New York are releasing new jobs. Hiring can only be put on hold for so long. Humans are innately adaptable and it will only be a matter of time before video interviewing and meeting new colleagues over Zoom seem inherently normal.

If you're contemplating switching jobs, therefore, there is no reason not to put your head above the parapet. Some jobs may be easier to find than others: based on the roles released by leading banks in the past week, there are several trends emerging in terms of virus hiring.

In this year's Blue Paper, analysts at Morgan Stanley and Oliver Wyman predict that data management and cloud computing jobs will benefit from the virus as banks push for more automation.

There are distinct signs that this is the case. Data jobs were already hot in banking, and several new roles have been released in the past week. JPMorgan, for example, is still building its London machine learning team and recently released a new vacancy for an associate in applied artificial intelligence in the 'Digital & Platform Services Operations team in London.' Bank of America has begun looking for a senior data scientist to join its 'Data and Insights' team in New York. Citi is looking for a London data engineer to build algorithms to detect market abuse. And UBS is looking for a senior program manager in data and analytics to work in its U.S. asset management division.

Basically, if you want a data job in finance now is still your time.

As the virus raises unfortunate recollections of 2008, there are some signs too that banks are strengthening the internal functions responsible for ensuring their solvency. This may just be coincidence, but Citi has recently begun hiring a New York based senior vice president in global liquidity management (charged with 'measuring, reporting, and managing liquidity risk across the firm') and Goldman Sachs is looking for a liquidity risk executive director in London (also charged with 'identifying, quantifying, and managing the liquidity risk of the firm.') The new roles may be circumstantial but it's easy to see why banks might be a little more focused on this now.

As we've reported already, technology recruitment appears relatively immune to the virus. This makes sense: although the Blue Paper predicts banks will scrap some technology change initiatives with long timelines, many are already committed to giving clients and internal users direct access to tools that previously required human intervention. For this reason, banks are still releasing jobs for software engineers who can build these interfaces: JPMorgan, for example, has begn looking for a user interface (UI) engineer to work on its Glasgow technology team, plus a front end developer to work on its global user experience team in New York.

In January, Debra Herschmann, the head of user experience for JPMorgan’s Corporate and Investment Banking division said excellent user experience designers are particularly hard to find. "Talented individuals who can design and code — who can go from identifying user needs to designing and then developing a solution — are unicorns," she declared. Irrespective of the virus, this remains the case.

Credit markets have had a wild month after credit spreads blew out to their widest level since the financial crisis on March 23rd and then contracted again after the Federal Reserve came in with all guns blazing. What happens next is anyone's guess: the Fed began buying recently downgraded high yield debt and high yield ETFs on April 9th, but with the IMF predicting the worst global downturn since the great depression and worries about the $1.3 trillion of existing high yield bonds intensifying, we're clearly not out of the woods yet.

This might help explain banks' interest in strats to help crunch the numbers behind the credit market. Deutsche Bank, for example, has begun looking for a credit strat to work on 'credit trading and regulatory problems' in London (you'll need to code in C++ or Python). Morgan Stanley is looking for a 'credit etrading desk strategist' to work on its 'state-of-the-art algorithmic and portfolio trading strategies' in New York.

Just as banks are still hiring data engineers, so they are still hiring quants to work on cross asset derivatives solutions in complex markets. UBS is hiring an experienced quant to work on its QIS 'dynamic strategies and hybrids' team in London (you'll need expertise in both Python and TensorFlow). JPMorgan has begun advertising for an executive director-level QIS solutions structurer in London to help originate 'bespoke investment and financing solutions.'

Now that governments are the market, rightly or wrongly it's to be expected that banks will step up their efforts to influence the state. In the U.S., Goldman Sachs has already begun advertising multiple roles in the 'Office of Government Affairs' (part of its executive office), for individuals charged with 'advancing the firm’s public policy agenda, promoting constructive relations with governments and regulators, and serving as a source of information inside the firm about government and public policy.' There must surely be more of this to come.

Photo by Alec Favale on Unsplash