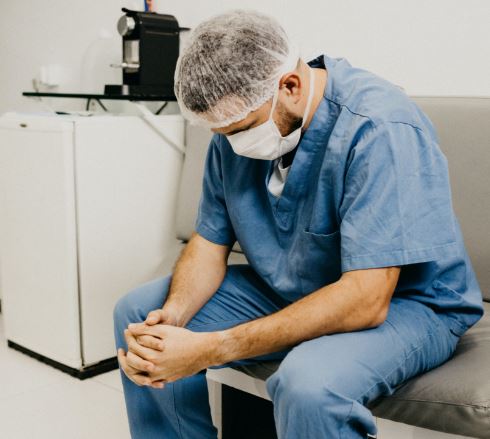 Bernard Mourad, the recently ex-head of corporate and investment banking at Bank of America, has had a long career in finance and is no stranger to hard work. After leaving HEC, the elite French business school, he spent 15 years at Morgan Stanley, where he reportedly generated $50m in fees in a four month period, and presumably slept very little. However, Mourad's achievements look paltry alongside those of his old brother -  Jean-Jacques Mourad, who's treating COVID-19 patients in Paris.

In a LinkedIn post, Bernard says Jean-Jacques is sleeping three hours a night as he strives to save lives. France has over 100,000 confirmed cases of the virus, and over 10,000 deaths.

Jean-Jacques is a professor of Internal Medicine at Paris XIII University and a specialist in hypertension and cardiac failure. While his younger brother studied finance at HEC, Jean-Jacques studied medicine at the Université Pierre et Marie Curie in Paris, followed by a doctorate in cardiovascular pharmacology.

Bernard suggests Jean-Jacques' sacrifice has put his own role into perspective. Writing in French, he says people keep asking him 'to calculate a potential return on investment while an economic, geopolitical, ecological and societal model collapses before their blind eyes.'

Masks, however numerous will be insufficient to shroud this 'fiasco of humanity,' Bernard adds. "Stay at home, it's good," he concludes. "- Reflect, that's good too..."

Mourad has time to reflect. He left Bank of America in February and was replaced by  Jérôme Morisseau as head of investment banking for France.

Photo by Jonathan Borba on Unsplash