Deutsche Bank discovers people expect to return to the office 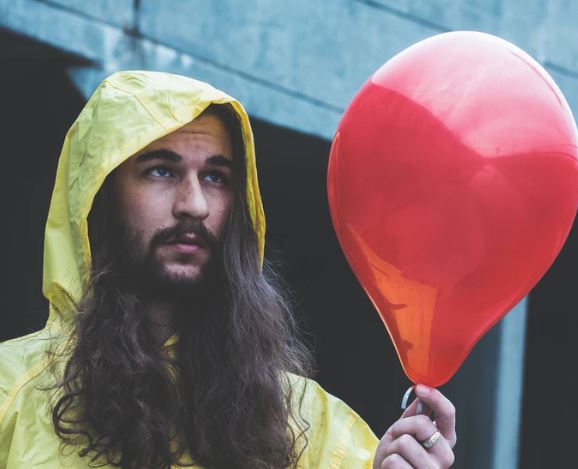 Much as it seems that banks will struggle to accommodate all their employees in offices if social distancing is mandatory and despite the unexpected pleasures of working from home, it seems that plenty of markets professionals expect their current situations to be only temporary.

Deutsche Bank surveyed 450 markets professionals around the world between May 13th-15th. It found that once the virus subsides, 48% of them think they'll only work from home on one or two days a week. Another 31% predict they'll work from home 'only when they need to.'

As the chart below shows, however, resistance to home working among salespeople and traders appears to be waning. When Deutsche asked the same questions in September, far more people thought working from home would turn into an occasional phenomenon when the pandemic passes. 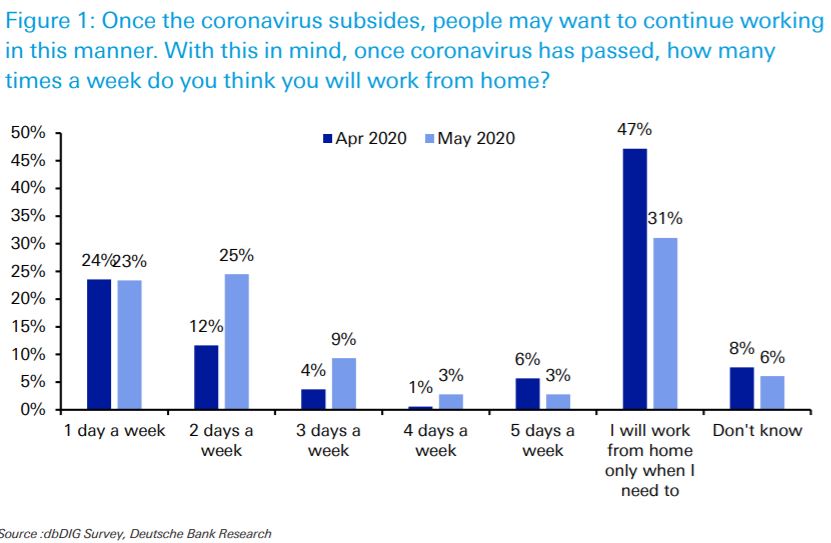 Unfortunately, Deutsche didn't ask exactly when the markets professionals expect to return to the office, but it did elicit that most are optimistic about a COVID-19 vaccine: 32% expect one to be ready in six to 12 months and another 38% expect a vaccine to appear in 12-18 months. 50%, however, 'slightly agree' with the notion that there will be a big second wave of COVID-19 this autumn and winter.

Deutsche also found that the longer that salespeople and traders hang out at home with their multiple screens and pets, the more productive they appear to become, with people responding more positively in May than in April when asked about productivity levels. 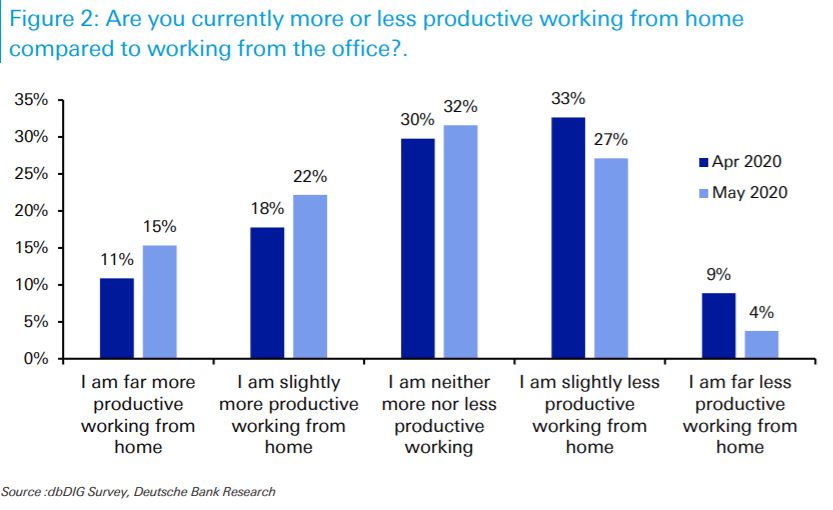 However, the biggest productivity gains appear to be for salespeople and traders aged 35+, who presumably have larger and nicer houses where it's easier to work with a well-behaved dog undisturbed by children, spouses and flatmates. DB also found that younger markets professionals are more receptive to reconsidering their living arrangements as a result of the virus, while 45-54 year-olds are more likely to say they're just fine where they are. 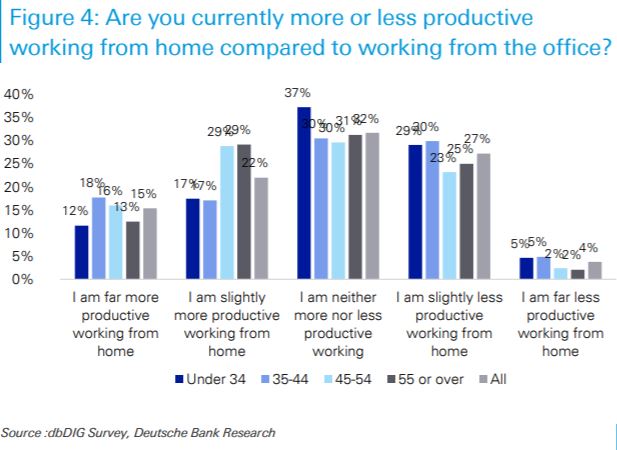 Deutsche itself has been rotating traders between their homes and its London trading floor on alternate weeks according to insiders at the bank. Financial News reported on Friday that the bank is preparing to welcome a small number of staff back in the coming weeks, but expects them to use the stairs instead of the elevators.

As we've observed ourselves, salespeople and traders are far more likely to find themselves back in the office during and after the pandemic than investment bankers and technologists. Those who do work from home in the long term may need to watch their mental health: a new report from INSEAD and Harvard University warns of the 'psychic burden' of working from home and cautions that homeworkers attempt to compensate for lost socializing by staying up late on chatrooms. "People try to compensate for their bodily absence by cultivating a seemingly productive presence on email, Slack, Zoom, etc," the academics also concluded.

Photo by Taylor on Unsplash