Mizuho's expanded credit traders made a loss in Q1 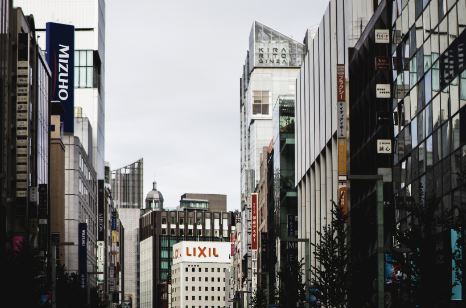 Today was the day that Mizuho reports its results for its fourth quarter and full year 2019-2020. The Japanese bank's global markets division made a profit of ¥198bn for the year as a whole, and ¥32bn in the final quarter. However, insiders say that the London credit trading business registered a sizeable loss.

During the volatility in March Mizuho's London business is understood to have lost as much as £20m (¥2.6bn) in its credit business. Insiders say the business was up previously and the net loss was therefore closer to £15m.

The loss comes after Mizuho recruited Claus Jorgensen as its new head of EMEA credit trading in June 2019 to work under Asif Godall, who was appointed as head of global markets EMEA in February 2019. Jorgensen and Godall, who previously worked together at HSBC, subsequently recruited two former HSBC colleagues to work on Jorgensen's team, plus a former Nomura and a former Bank of America trader. A further three credit sales hires were announced last October. Jorgensen was fired from HSBC, but sued the bank for unfair dismissal (it's not clear if he was successful).

Mizuho didn't confirm the size of the loss, but in a statement released today a spokeswoman said: “Although parts of the business were impacted by the March volatility, we have made very strong recoveries in April and May and our Global Markets business is performing well. Our strategy remains unchanged and our client franchise continues to grow. No one has left as a result of the March volatility, and we are very proud of the work the teams are doing to ensure a continuity of service to our clients.”

While the apparent loss is comparatively insignificant in the context of Mizuho's global markets operations, the most recent accounts for Mizuho International show that the UK-focused operation made a £19.5m loss in the 12 months to March 2019 and a £28m profit one year earlier.

Some of Mizuho's recent hires have been leaving the bank. As we reported earlier this week, Tristan Lagarrigue, a credit salesman left after seven months for a new role at UBS in Paris. Tom Layzell, a longserving emerging markets credit trader is understood to be joining Credit Suisse. Neither man is understood to be leaving as a result of the recent loss.

Mizuho isn't the only bank to have registerd a blow to its credit business in the first quarter: both Deutsche Bank and Nomura booked mark to market losses on credit products. However, U.S. banks like Goldman Sachs said credit trading revenues were strong during the quarter.

Mizuho has been rebuilding its credit trading business after the departure of Zahra Peerbhoy in February 2019.