"Most traders have loved this time working from home" 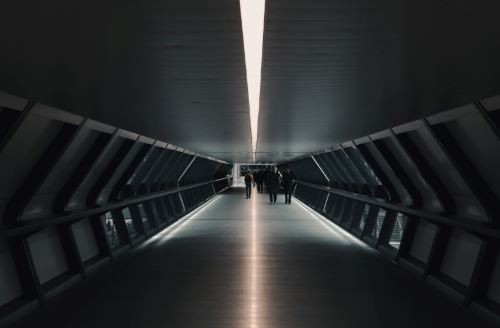 I'm an equity derivatives trader for a major investment bank, and I have been for over two decades. In all my time of working in this job, the past two months have been by far the best. For the first time in my career this role has been sustainable from a health and lifestyle perspective.

The thing about being a trader on the sell-side is that it's very physically demanding. The hours are long and you have to be 'on it' all the time. The amount of interaction that you have with people on the floor during the day is immense and exhausting - focusing with all that noise around you takes effort. All the more so because you're usually very sleep deprived.

I live in a suburb in West London. Door to door my commute is 50 minutes. On a normal day when I travel to the office I get up at 5.15am to be in the office for 7am. The market shuts at 4.30pm but I'm usually there until 7pm and often stay until 7.30 or 8pm. I do that five days a week.

The pandemic has given us the opportunity to experience an alternative. We are better rested, healthier and more relaxed. We switch off our machines and are immediately in downtime. This period has highlighted the massive amount of time that was being wasted travelling in and out of the office. It's also highlighted how unhealthy we'd become - almost everyone I know wasn't getting enough sleep. Salespeople in particular were out meeting clients two or three times a week, drinking and getting to bed at midnight before getting up at 5.30am to start again. This has been a much needed pause.

It's also been an opportunity to do our jobs better. While salespeople may be suffering from the lack of interaction, as a trader I've used some of the additional time to review strategies and update tools. People say you need to be on the floor for the buzz, but I disagree: trading floors are large places with a lot of noise and randomness; you end up reacting to a lot of stuff that destroys your focus. Yes, you get some valuable information but you also end up doing a lot of things you don't need to and interacting with people in an unnecessary way. At home, everything is more to the point and efficient.

For this reason, I haven't plugged in a squawk box in my home office. I know a lot of colleagues have, but in my opinion its absence is a bonus. I'm no longer interrupted by broker chatter: I only talk to brokers when I want and I need to, which is not often at all.

If we were to continue to work like this, the industry would be transformed. In my time as a trader I've seen colleagues die of heart attacks on the trading floor, and I know a lot of people who've left the industry because of the toll it was taking on their health. If we continue working from home, fewer experienced traders will take voluntary retirement. I know a lot of colleagues feel the same.

Of course, continuing to work from home may be wishful thinking. I've already been subtly sounded out about a return to the office. Personally I think it makes little sense - we'll be spaced out two seats apart and unable to mentor juniors at the desk in the old way anyway. The regulators might be more comfortable with it, but if we wanted to do anything nefarious we could always walk out the office and use our phones outside.

I feel like I can do my job better at home. I intend to have a conversation with my manager about working from home indefinitely for at least part of the week. Of course, the downsides aren't yet apparent - it might be that it's easier to fire people when they're remote, or that all the keen juniors will go back into the office and do their best to edge out the homeworkers over time.

Making good pnl at home should be some kind of protection - although nowadays success is far more to do with the flow and the franchise than the individual trader. But if I can't work from home I might reconsider my role: hedge funds in particular seem far less set on going back in; I've had four or five conversations with portfolio managers during the pandemic who say they're never going back to the office. If banks force people like me back onto the floor five days a week, they might find that a lot more of us decide to leave for the buy-side. That would be a shame.

Graeme Daines is the pseudonym of a senior trader in London

Photo by Mihai Halmi-Nistor on Unsplash