Morning Coffee: Did the worst sort of bankers return to the office? Another bank speeds up its restructuring plans 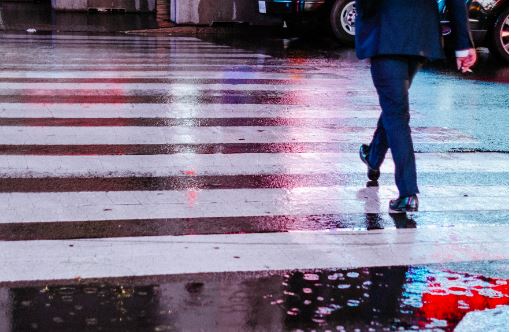 Here for the politics

In parts of England, a type of domesticated polecat called the “ferret” is sometimes used to hunt rabbits. American readers may not be familiar with the term, but the creature’s prodigious ability to execute tight turns in confined underground spaces has entered the language as a metaphor for any similarly abrupt change of course. Which is to say – today is the day that most London investment banks appeared to have done a spectacular reverse-ferret on their return to office plans, following new government advice that employees who are capable of working from home should do so.  HSBC, Goldman, Citi and most of the other banks have postponed the back-to-desks dates and told their employees that the kids’ playroom is going to have to remain a temporary office for a while more.

This is going to be frustrating to a lot of bankers. Corporate finance coverage teams in particular, especially those who have been feeling under pressure in a poor overall market for M&A deals, must have been hoping that a return to face-to-face meetings might make the magic happen.  Not only that, there’s serious fear-of-missing out.  As Ken Moelis puts it, the global lockdown was a sort of mutual disarmament pact; all the bankers were basically in the same boat and if you were finding it tough to get a deal to happen over Zoom, you could at least be sure that your competitors weren’t doing any better.

Or could you?  One thing that some people in finance are beginning to notice from their homeworking spaces is that a lot of the time, the people who are most keen on returning to the office are the ones who were best at office politics.  In New York, where a somewhat better coronavirus outcome has led to a more consistent – albeit still tentative – return, some of the early adopters are already talking about the joys of two-minute conversations while walking round the block, or serendipitous encounters at the hand sanitiser station.  Which is all well and good – Jamie Dimon and Sergio Ermotti are among the big believers in this sort of thing as a driver of office productivity.

Except that cynics and introverts might suggest that the good thing about Zoom calls and management by email is that there’s a lot less room for confusion about whose idea something actually was and who actually did a given piece of work.  We all know people who are keen to “just swing by” and “pick your brains”, and all too often you can find yourself doing half of their job as well as your own, for the price of a latte if you’re lucky.  There’s an old adage that as bonus time comes near, you increasingly think of people in other banks as your colleagues and people in your own bank as the competition, and there’s perhaps room for a little bit of doubt sometimes as to which kind of competitor the back-to-office crowd are most concerned about.

Elsewhere, SocGen is accelerating its restructuring plan and trying to get into the avante-garde of European banking consolidation by proposing a transformative merger with itself – it wants to combine its two domestic French retail branch networks.  It doesn’t look like things are going to stop there, though.  With the share price near historic lows, it appears that CEO Frédéric Oudéa wants to get things moving, and that’s unlikely to spare the investment bank.  There is a new strategic plan scheduled for the first half of 2021, which is going to have a “social dimension” (in French labour law terms, this means redundancies).

Obviously, the big question relates to equity derivatives and to the eternal question for the French banks – fish or cut bait? The equity derivatives franchises of both SocGen and BNP Paribas are two of the few genuinely world-leading investment banking businesses to be found outside the US bulge bracket, and across the cycle, they’re very profitable.  But, as SocGen in particular found out this year, the cyclicality of equity derivatives can be brutal, and the business is capable of delivering big, potentially capital-eroding losses in volatile markets.  So far, the French national champions have always ended up deciding that the occasional horror quarter is justified by the revenues in good times, but, as options traders will know better than anyone, there’s always a risk.

Charles Scharf of Wells Fargo has had an unfortunate recent habit of musing that he’d like to reach his bank’s diversity goals but can’t find enough qualified minority candidates.  If you’re a qualified minority candidate already working at Wells Fargo and not getting promoted, this must be uncommonly annoying to hear – Mr Scharf has now apologised in the face of widespread criticism. (Reuters)

Harvard Business School, which has also not always been a stranger to the “qualified candidates” line in the past, is hiring a Chief Diversity Officer and pledging to get more issues of race and diversity into its portfolio of case studies. (WSJ)

Employees at Canary Wharf (that is, the property company which owns the place) have been complaining about two senior executives who have been on flights and then started scheduling face to face meetings without having gone through the quarantine period (FT)

At the stroke of a pen, JPMorgan becomes the sixth largest bank in Germany, transferring $230bn of balances to its Frankfurt subsidiary ahead of Brexit. Not clear how many job moves this would imply – if they’re mainly settlement balances, potentially not many. (Bloomberg)

“Senior bankers going to jail”? Some politicians think that the FinCEN Files leaks will lead to criminal prosecutions, although it’s not clear how since they are by definition leaks of things that the authorities already knew about. (Financial News)

It sounds bad when you read a headline that “JPM traders only learned about a coronavirus case in their building from press reports”, but medical information is actually confidential; it’s not obvious that a policy of keeping it to a need-to-know basis of close contacts and people who need to be temporarily moved out of the office is the wrong one. (CNBC)

Alex Klabin, formerly of hedge fund Senator Investment Group, is joining Sotheby’s to be the new executive chairman of Sotheby’s Financial Services and provide “art-backed financing options”. Presumably it would be a bad faux pas to utter the word “pawnbroking” in his presence. (Artnet)