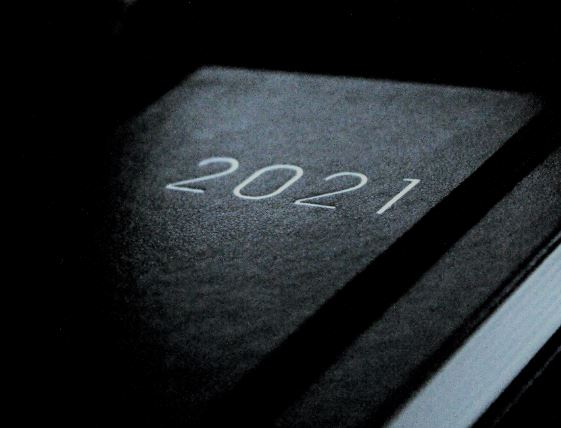 What a year it’s been for investment bank earnings expectations.  We started 2020 cautiously optimistic, then started to worry about the worst recession in a century.  Then it turned out that volatility was good for revenues, and we switched to cautious optimism in Q2. As the third quarter turned out equally strong, people started to say “it can’t last”, but it now seems that the year will finish almost as strongly.  Deutsche Bank were saying at their investor day that fixed income trading revenues were up 9% yoy in October and 23% in November, and now Bank of America and JPM, presenting at the Goldman Sachs virtual conference, are confirming that yes, trading revenues are up 15-20% and banking fees up 10-15%.

Is this the new normal? It’s still hard to dare to hope.  Jamie Dimon is still unwilling to rebase expectations, suggesting that 2020 has benefited from an “extraordinary environment” of central bank asset purchases.  On the other hand, these purchases have not exactly stopped forever yet, and Mr Dimon notes that trading revenues “hit the bottom” in 2019; although the current pace of growth might not be sustainable, there’s no necessary reason to expect a quick return to the worst of recent quarters.

In terms of investment banks' headcount, revenues matter, but earnings count.  In general, when overall returns on equity are weak banks feel the need to cut costs, but if the bottom line is meeting or beating expectations, management usually feel that they have some scope to grow the franchise.  Given that truism about the industry, it could be very significant news that Mr Dimon believes that JP Morgan is currently “over-reserved” for the “base case” economic scenario likely to play out in 2021.

Brian Kleinhanzl of KBW believes that a baseline economic scenario as of today might call for $20-24bilion of bad debt reserves, compared to the $34bn set aside by JPM earlier in the year.  It’s perhaps a little bit early in the winter to be thinking about reversing those decisions, but according to Jamie Dimon, “there’s no question that things are better than people thought a few months ago”.  Brian Moynihan of BoA agrees; at the same conference he said that “Every single factor we use to set reserves has gotten better this quarter”.

So if trading can avoid slipping all the way back to 2018 and IBD can continue to follow through on much stronger dealflow in the second half of the year, and billions of reserves can be released, the U.S. bulge bracket may have some scope to grow in 2021.  JP Morgan have already increased their expenses guidance for next year by a billion dollars, as Mr Dimon says he has “investments” that he wants to make.  These are likely to be mainly in technology (or in acquisitions of asset management companies), but with this guidance from the USA, plus Deutsche Bank sending out the feel good vibes, it seems that investment banking employees can go into the festive season looking to the future with a degree of optimism that would have seemed unbelievable nine months ago.

Elsewhere, the embarrassment continues to pile up in the Citigroup litigation over their $900m payment on Revlon’s loan.  It turns out that the disputed payment went past “six eyes” before it went out - two members of staff at outsourcing firm Wipro and one Citibanker.  That hapless employee, Vinny Fratta, originally assumed that the error was a technical failure, but “as the day wore on … accepted that the glitch had been caused by human error, and I was one of the humans responsible”.

Apparently, in conversation with the Wipro team, he reacted to the news that the transfer had been sent to creditors, rather than made as a “non-cash transfer” within Citigroup by saying “Oh my”, possibly where most bankers might have been tempted to use stronger language.  In fact, the whole episode seems to have played out surprisingly politely.  As Citi attempted to ring round the creditors to ask them to send the money back, one hedge fund said that they would consider it, another said that they would get back but never did, but nobody seems to have sworn.  Or at least, nobody who has been prepared to admit to it in court so far.  Symphony Asset Management seems to have sent an email “out of the blue” asking Citi to stop harassing them, though, so more details may yet come out.

Is the fact that someone once did an internship at UBS enough to bias them against Euribor fixing defendants who worked for Barclays, out of banker enmity?  Frankly this always sounded like a long shot and Carlo Palombo and Colin Bermingham have now lost the appeal they filed on the basis that they would have objected to the juror if they’d known. (Bloomberg)

Past interactions between the Vatican and the world of finance have not always ended well, but Pope Francis has launched a new council of “guardians”, including State Street and Brian Moynihan to promote ESG standards. (Financial News)

One of the most unpopular pieces of regulation in Europe might be repealed; equity research on companies with market capitalisation of less than 1 billion euros would not need to be “unbundled” from trading commissions under a new proposal to reform MiFID. (Bloomberg)

Reddit users are invited to Ask Ray Dalio Anything, albeit gently steered in the direction of questions about markets and global macro (Reddit)

In order to manage something, you need to measure it – Goldman Sachs and Morgan Stanley are promising to publish much more detailed disclosures on workforce diversity. (Bloomberg)

… or will it be able to “reboot”? Two opinions on the post-Brexit, post-coronavirus outlook. (Reuters)

And if the new financial axis of Europe is to run between Paris and Frankfurt, the overnight train might replace the red-eye shuttle flight. (Bloomberg)

This is the energy that sacked bankers rarely display – a former teacher at Eton College is trying to get a private Act of Parliament passed to reverse his dismissal for gross misconduct. (Daily Telegraph)

Photo by Anne Nygård on Unsplash