Morning Coffee: JPMorgan's alternative to bonuses and a pay rise. The enduring appeal of working for BlackRock 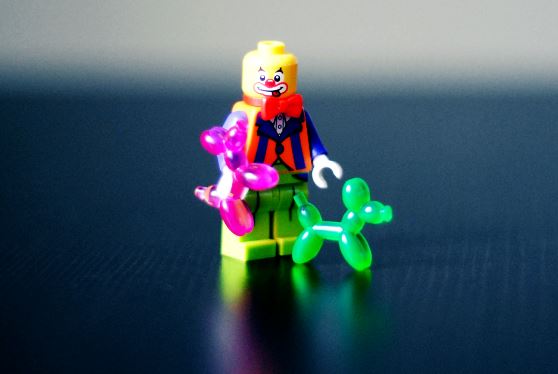 JPMorgan will entertain your children

It's results day at JPMorgan and Citi, the two big banks that are first with their annual results for 2020. Citi disclosed bonuses to employees already, and JPM is due to follow next week. Irrespective of what transpires, there seems to be some trepidation over JPM's bonus numbers - late last year, the bank is said to have announced that it was freezing salaries for all employees at vice president (VP) level and above, even after promotions; bonuses are therefore especially important.

Even JPMorgan bonuses are a bit limp, however, the bank has other prizes up its sleeve. As bankers in lockdown struggle with the painful combination of work and childcare, Financial News reports that JPMorgan is being particularly generous with its offer of support.

In London, JPM is said to be offering its struggling parents 30 days of back-up child support, plus - if necessary - the possibility of in-home nanny care as required. By comparison, Goldman Sachs has said employees can use the 10 days of parental leave it granted last year until June 2021 - if they haven't used them already, HSBC is offering the vaguer panacea of 'flexible working,' and Citi is offering the even vaguer crutch of 'tips on parenting.'

Given that many working parents appear to be in meltdown while they try to simultaneously homeschool children and fulfill requirements emanating from their laptops, the best parenting tip now is probably "don't beat yourself up." If you're looking for more tangible support, JPMorgan's offer seems by far the best. It's also a timely reminder that there's more to a good employer than high pay, and that banks can differentiate themselves in other ways than simply the size of their bonus pools.

Separately, if what really matters to you when you're seeking out a new employer is steady annual growth, rising pay, and a CEO who says things like assets under management are "huge, large, and eye-popping,” then BlackRock might be the employer for you. The asset management firm reported its fourth quarter results yesterday, revealing a 14% in Q4 revenues and average pay per head of around $304k for its 16,600 staff. CEO Larry Fink is optimistic that BlackRock can maintain its steady growth trajectory, despite its eye-popping  $8.68 trillion of assets under management. "We're still a very small proportion of the world's capital markets," he said.

Why SPACs are bigger in the U.S: "“Europe simply does not have the equity capital markets that understand and price innovation appropriately." (Quartz)

Trump's outgoing chief comptroller of the currency passed a rule requiring banks to lend to gun manufacturers, oil drillers and other controversial industries they've refused to do business with. (Bloomberg)

Financial lobbyists have been commiserating with each other over the expected arrival of Gary "the enemy" Gensler as head of the SEC. “The sheriff is coming to the preeminent financial regulator in the world. It means regulation and enforcement are about to get much tougher.” Gensler is known for wearing ties that are too long and having holes in the soles of his loafers. (Bloomberg)

MarketAxess poached Raj Paranandi, global co-head of digital transformation for the global markets division at UBS, as COO for EMEA and APAC. (The Trade News)

Man who quit finance to mine Bitcoins full time and then came back again, has a warning for all inclined to do the same: “Perhaps BTC is just a bubble driven by a frenzy of retail, and some institutional, money eager to get a piece of the action. Alternatively, and far likelier in my opinion, is that this ‘bubble’ is more fraud than frenzy." (Bloomberg)

Jim Simons is stepping down as chair of Renaissance Technologies. Unexpectedly, his son - Nathaniel Simons - who was expected to replace him, is stepping down too - he wants to work on projects to stop climate change instead. "Peter Brown, our incoming chairman, is more than ready to take on the responsibility.” (Financial Times)