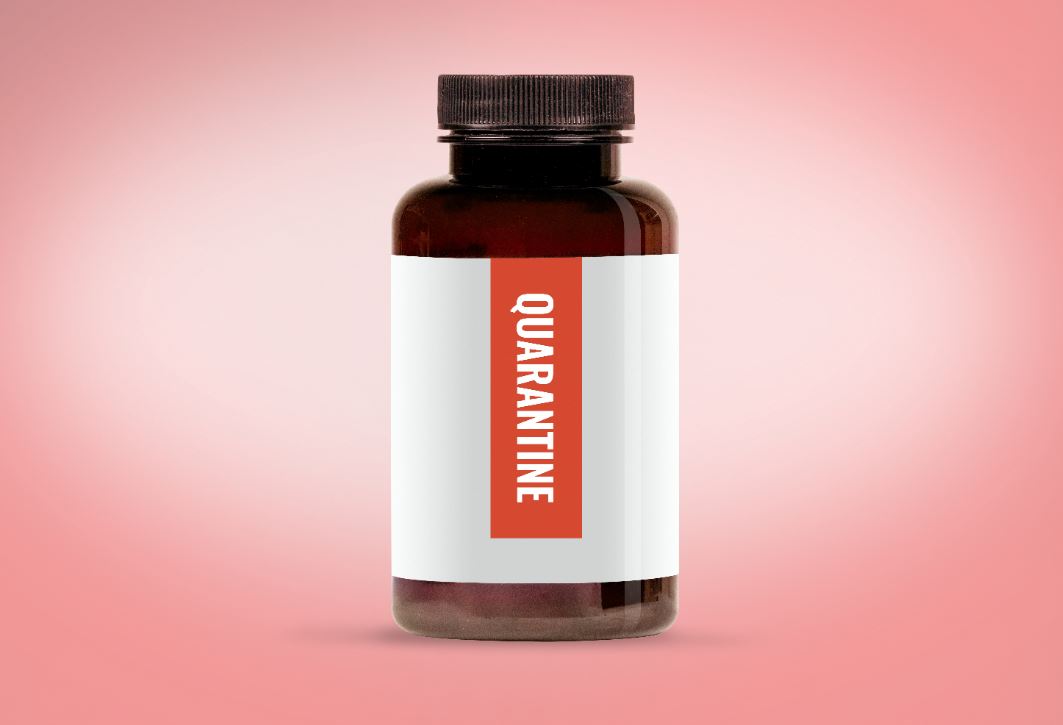 M&A bankers, fintech executives and hedge fund managers in Hong Kong are having to get used to a different kind of travel bag. People who might previously have flown to Singapore or Malaysia to see clients at a moment's notice, are instead making preparations to be plucked suddenly from their offices and placed in mandatory government-run quarantine facilities for two weeks, even if they test negative.

“I spent the weekend refreshing my ‘go bag’ that is kept by my front door,” a senior M&A banker told the Financial Times. “It has a spare laptop, extra bedding, towels, food, water, books and an internet router.” A hedge fund manager in the territory said there's a lot of apprehension about COVID incarceration: “Everyone is now extra worried about getting the call saying you will be taken to a quarantine camp.”

The FT spoke to one fintech executive who'd been summoned. He and his colleagues will now have a mandatory two week offsite somewhere near Hong Kong's Disneyland resort.

While the U.K. and the U.S. have so many instances of COVID-19 that attempts at tracking and tracing infected individuals are almost bound to fail, Hong Kong has reason to be rather more zealous. With just 203 deaths in a population of 7.5 million since the start of the epidemic, the territory clamps down hard when cases arise. Quarantine is nothing new there, but it's now affecting M&A bankers, hedge fund managers and their children following an outbreak of the virus linked to a gym popular with expats.

As the virus spreads through banks in the Central district, the danger is that entire teams could be plucked out and placed in quarantine. The prospect is causing some consternation among expat bankers, who are at the heart of the latest outbreak and whom some locals accuse of being lax with precautions like mask wearing. - “Everyone in my office was called at around lunchtime and given half a day to get our stuff together," the fintech executive told the FT. "It was hardcore."

Separately, it wasn't just Deutsche Bank that was compelled to curtain bonuses by the European Central Bank. Bloomberg reports that BNP Paribas was asked to too, although it's not clear by how much. BNP bankers already know the size of their payouts, which were reportedly quite generous. "People in fixed income at BNP were really happy," one headhunter tells us. "A lot were up 20%." The exception seems to have been in BNP's equities division, where bonuses were apparently cut substantially. Recipients may want to blame the ECB (and their own losses).

How to survive a quarantine camp in Hong Kong. (Timeout)

Stacey Macken, a BNP Paribas director who found a witches hat on her desk is claiming £3.3m ($4.6m) for the stigma she has suffered. She said she has lost friendships and career prospects and now suffers from anxiety, panic attacks and PTSD. (The Times)

Mark Carney says he wanted to be a marine biologist instead of a banker and that £879k ($1.2m) a year isn't really that much money. (Guardian)

Virtu's CEO tweeted his telephone number in an attempt to get a journalist to call him. "“I just got triggered...[Sorkin] was suggesting market participants are engaged in illegal activities. I think it's irresponsible.”  (Institutional Investor)

Ex-Citi trader Rohan Ramchandani is taking the bank to court for malicious prosecution. He says Citi encouraged the DoJ to pursue him in an antitrust case in an attempt to protect itself from greater damage from related to FX rigging claims. (Financial Times)

U.S. banks had $236.6 billion in total reserves in December, double the amount of one year previously. As the pandemic wanes and these reserves are released banks could get a big boost to profitability. (WSJ)

Vanguard has been hiring ESG specialists. It created an ESG product category team in the U.S. and in Europe there is a head of ESG strategy who leads a group of product specialists. (Marketwatch)

Dealmaker Simon Mackenzie Smith, one of the best-known bankers in London, is retiring after 35 years. (Bloomberg)

Chinese retail investors are selling  heirlooms like "a diamond engagement ring” and “a watch passed down by the great grandfather” to cover their losses. (Yahoo)

Questions to ask in a job interview: Why is this position open? - Did the previous person leave? (WSJ)

Photo by Jan Kopřiva on Unsplash

Have a confidential story, tip, or comment you’d like to share? Contact: sbutcher@efinancialcareers.com in the first instance. Whatsapp/Signal/Telegram also available. Bear with us if you leave a comment at the bottom of this article: all our comments are moderated by human beings. Sometimes these humans might be asleep, or away from their desks, so it may take a while for your comment to appear. Eventually it will – unless it’s offensive or libelous (in which case it won’t).