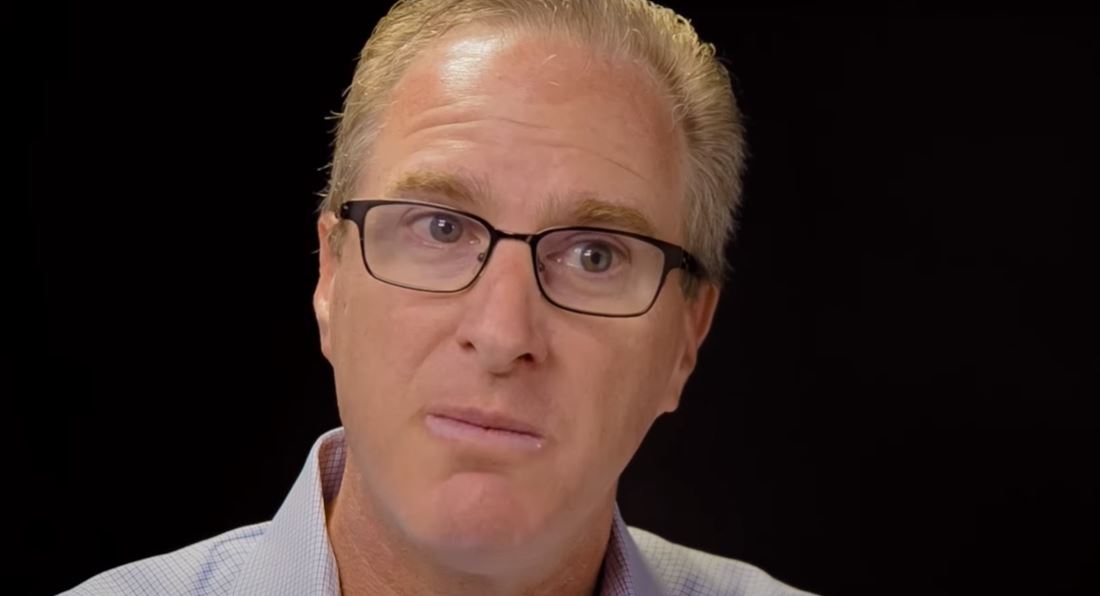 Jonathan Coslet, who's been at one of America's biggest funds since its inception

At least one of the 13 bankers who made the presentation about the poor working conditions at Goldman Sachs in February is still at the firm. And despite being a key protagonist in the whole affair, he's unlikely to be going anywhere soon - unless he actually wants to, of course.

Bloomberg reports that then-first year analyst, Joseph 'Joey' Coslet "played a key role" in assembling the PowerPoint deck complaining of tortuous working conditions at Goldman. Goldman said at the time that it respected the "valid points" made by the analysts and was in no rush to let any of them go, but it probably couldn't/wouldn't part company with Coslet anyway.

Joey Coslet's father, Jonathan Coslet is a very big BSD. The chief investment officer and vice chairman at global investment firm TPG Capital, Jonathan Coslet is at the helm of a $108bn portfolio and an estimated $20bn of dry powder which Goldman's financial sponsors team will want to help put to work. TPG is a big Goldman client: together with JPMorgan, Goldman has reportedly spent the summer working on plans for TPG's own IPO. No one at Goldman will want to upset Jonathan, or by implication Joey.

If this isn't sufficient to allow Joey to produce complaintive pitch decks with impunity, Bloomberg suggests that Jonathan Coslet may also be on good terms with Goldman CEO David Solomon, with whom he worked at Drexel Burnham Lambert in the 1980s.

Some may question whether all these advantages helped Joey - who graduated from the University of Pennsylvania and who joined Goldman first as an intern and then as a full time hire - to get a job at Goldman in the first place. Notably, the firm placed him on its hottest team, in technology investment banking.

Then again, Goldman juniors and junior bankers across the industry should probably feel thankful that someone like Coslet was able to speak out without huge career risk. Thanks to him and to 12 others, most banks have now implemented new restrictions on working hours and increased junior banker salaries to $100k or above. Without Joey Coslet, this probably wouldn't have happened. Joey has been at Goldman for over a year now. If and when he leaves for his father's enormous private equity fund, he'll leave a good legacy behind him. His father would likely approve: in an interview with Wharton's magazine seven years ago, Jonathan Coslet said you can experiment in your career between the ages of 22 and 32; aged 24, his son has experimented with changing the culture in investment banking as a whole.

Separately, Credit Suisse is flexing its restructuring muscles in Asia. Bloomberg reports that the bank is thinking of moving its Asian investment bank, which currently operates as a distinct entity, into its broader global securities and advisory business as part of its restructuring plan. The move - which follows last week's reshuffle of senior roles at Credit Suisse in Asia Pacific would imply the need for the removal of a layer of management in Asia as operations are centralized globally. Credit Suisse's Asian operations are currently led by Helman Sitohang.

A decision is seemingly due soon. The Credit Suisse board is meeting next week to discuss the strategic review  being undertaken by chairman Antonio Horta-Osorio and McKinsey & Co.

65 year-old hedge fund manager John Paulson is divorcing his wife after 20 years of marriage. He met her after she delivered food to his desk from the Bear Stearns cafeteria and made her his assistant. She refused to date him unless he fired her and found her another job. (Bloomberg)

Credit Suisse hired Israel Fernandez from Deutsche Bank to lead its financial institutions group (FIG) in Europe, the Middle East and Africa in tandem with Julien Lamm. Fernandez, who will be based in Madrid, replaces Armando Rubio-Alvarez, who went to Jefferies. (Reuters)

BlackRock and HSBC kept buying Evergrande's bonds even as the property firm slid towards a crisis. One Hong Kong investor did not: “I have forbidden anyone [that works for me] from touching Evergrande equity or debt for 20 years. It has always been obvious that it is super high risk and one day it would all end suddenly in tears”. (Financial Times)

Bank of England says it will need more staff as EU financial services rules are onshored after Brexit. (Financial News)

Quant funds that invest in energy are having an exceptional year. The Gresham Quant ACAR strategy was up 38.5% gain this year through August. The Systematica Alternative Markets Fund was up 23% over a similar period. Man Group Plc’s AHL Evolution Frontier was up 32%. (Bloomberg)