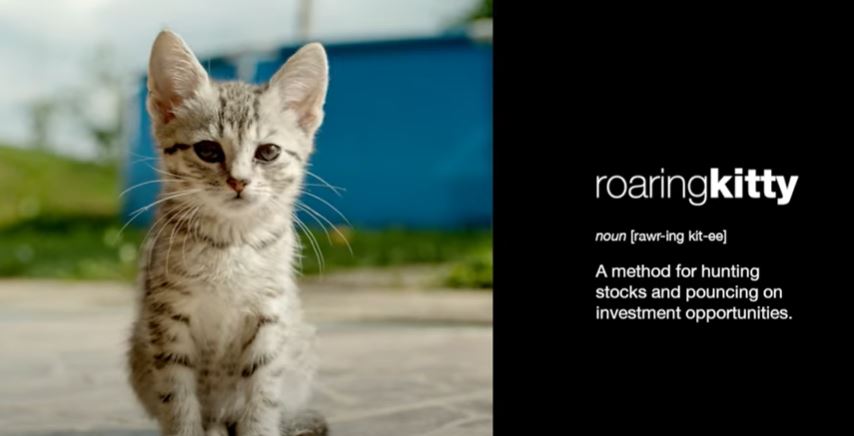 It's probably time for compliance teams in banks and on the buy-side spend to more effort monitoring social media channels. If an employee is recommending investments on TikTok dressed as a banana, or has become a celebrity stock guru on Reddit, they need to know.

Being a Wall Street influencer can be a lucrative business. Bloomberg points to the case of Austin Hankwitz, a 24 year-old graduate of the University of Tennessee who spent nearly two and a half years working on M&A deals for a healthcare company while and making TikTok videos on the side. He now makes over $500k a year running a TikTok channel with around 500,000 followers. "I was able to quit my job about six months ago to do this full time,” Hanwitz informed Bloomberg.

Not all social media side gigs end as happily. Keith Gill also had over 500,000 subscribers to his Roaring Kitty YouTube channel and was a personality on Reddit as DeepF*ckingValue. But Gill hasn't posted anything on either channel for the past five months. And now his former employer is paying a $4m fine to settle accusations from the Massachusetts Securities Division that it didn't sufficiently supervise Gill's trading and online activity.

Under his online alter egos, Gill helped fuel this year's frenzied purchases of GameStop stock. At one point, his initial $53k bet had become worth $48m, but GameStop is now 38% off its 12-month-high and 34 year-old Gill, who has a wife and child, has resigned from his job and gone deathly quiet.

Gill still faces a class action lawsuit bought by Christian Iovin in Washington State. Iovin claims that he sold $200k of call options on GameStop when the stock was below $100, and that he was forced to buyback the shares for more money when it rose to nearly $400.

Gill's problem - and that of MassMutual, which employed him during the RoaringKitty period, is that he was a FINRA registered employee while making his recommendations on social media. As such, Iovin's lawyers have been arguing that he “took on the fake persona of an amateur, everyday fellow, who simply was looking out for the little guy,” and MassMutual (which has neither admitted nor denied culpability in its $4m settlement) had a duty to supervise what Gill was up to. Alongside his social media activities, Gill reportedly carried out 1,700 trades in the accounts of three other people - something that requires preapproval under Massachusetts regulations; Gill had asked for permission to manage one of these accounts and had it denied.

Based upon MassMutual's experience, armies of compliance staff may therefore want to monitor YouTube in future, and anyone thinking of becoming an influencer should probably give up their day job first.  Having lost his financial broker license, Gill won't be getting another full time role in finance. He doesn't even appear to have a CFA Charter anymore - CFA Institute have quietly scraped him from their directory.

Radkl is seemingly Cohen's answer to Citadel Securities in the crypto space. "There’s a need for an institutional player like Radkl that engages in large digital asset transactions," says Cohen.

Thiago Melzer, a former Morgan Stanley trader accused of “using a non-firm approved communication platform” and of mis-marking trades has left Morgan Stanley. He denies the accusations and has started a hedge fund in Brazil called Upon Global Capital. (Bloomberg)

Credit Suisse is hiring Steve Milovanovic from Goldman to run FIG banking in the Americas. (Reuters)

PWC says the 14% of its staff who come from working class backgrounds are paid a median amount of 12% less than their peers. (Financial News)

Singapore has tabled new law called the Foreign Interference (Countermeasures) Bill that would severely restrict or in some cases criminalize acts like communicating information on behalf of a “foreign principal” without declaring it, and receiving undisclosed funding from a “foreign principal.” (Quartz)