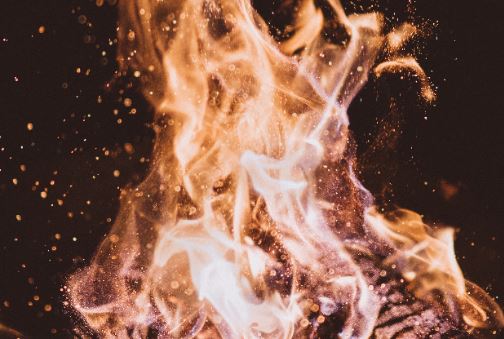 Welcome to what may prove to be on the of craziest days in trading history. Just when it seemed the markets had more than enough to digest with the quarantine of 16m people in Northern Italy over the weekend, a disagreement and show of machismo between Crown Prince Mohammed bin Salman of Saudi Arabia and Russia's Vladimir Putin has prompted a 30% fall in the oil price. Cue fears for junk bonds issued by heavily indebted U.S. shale oil companies, which will now be deeply unprofitable at the lower oil price, and which make up around 11% of the U.S. high yield bond market. Cue fears too for an even deeper global recession that might have been occasioned by the virus alone, and the attendant risks of a broader financial crisis. “If you ever wondered what would happen if someone lobbed a hand grenade into a bloodbath, now you know. It’s not pretty,” one research analyst said to the Financial Times.

If you're a high yield trader - or realistically almost any trader - today is therefore going to be one of the most memorable of your career. High yield traders in their 20s - like Hamza Lemssouguer at Credit Suisse, who made big profits and big names for themselves in the past year, will be tested like never before. Notoriously illiquid, the high yield market offers the potential for very big profits - but for very big losses too.

History never repeats itself exactly, but anyone around in 2007-2009, 2001-2002, or 1989 might have something to offer today. Whether there are many trader of this vintage left around is unclear. - Even 'Veterans' like 37 year-old Tom Malafronte at Goldman Sachs, who runs the leveraged finance group and who famously made $100m in trading profits in 2016, were comparatively new to the markets in 2008. In the current environment it probably doesn't help that traders are being split into smaller teams, with some sitting in back-up sites out of town to the avoid spreading the virus.

Of course, there will be some beneficiaries of the new, lower, oil price (which may yet prove temporary anyway). China for, example, is the world's largest oil importer and should benefit from the crash. So too should consumers, with money in their pockets - providing they can leave their houses and spend it. Even by the end of last week, returns on U.S. treasuries had matched 2019 (a record year) in just two months. There will be money to be made, as well as lost. Bon courage! Traders today will need it.

Separately, and in virus news, Reuters reports that Goldman Sachs had a virus scare at its lower Manhattan offices last week when an employee declared that he'd attended a 'temple service' with a lawyer who had the virus (presumably the lawyer from Westchester). Although the GS employee had no contact with the lawyer, and no signs of the illness, he reportedly went home for a two week quarantine and the bank cleaned the floor on which he worked. However, Goldman didn't close the floor. Nor did it mandate that its employees went home, but employees who felt 'uncomfortable' were able to go home if they wanted. It's not clear how many did.

The market is afraid of spending time in quarantine eating canned food, while credit seizes up and banks collapse, followed by a long and enduring global deflationary slump. (Bloomberg)

Banks say they don't have enough recorded telephone lines for traders to work from home. Regulators in the U.K., U.S. and Hong Kong require lines to be recorded. Banks are asking for this to be relaxed. (Financial Times)

10% of Citi's London traders are now sitting at the back-up site in Lewisham. (Financial News)

The European Central Bank in Frankfurt has told most of its over 3,500 staff to work from home on Monday to test how it could cope with a virus shutdown. (Yahoo)

JPMorgan strategist Marko Kolanovic estimates that the depth of the S&P 500 futures market — popular with banks seeking to hedge, and volatility-targeting funds trying to scale their exposure — collapsed by 90 per cent last week, caused at least in part by a retreat of the HFTs. (Financial Times)

PWC is doing phone and video interviews for students. “Bringing large volumes of students to offices, requiring them to travel -- we didn’t feel that was the right thing to do.” (Bloomberg)

Hey, you can at least get a table at a Michelin starred restaurant in London now. (Bloomberg)

If you're a senior woman in banking it helps if your mother moves in and looks after your children. (Financial Times)

Photo by Joshua Newton on Unsplash