Deutsche Bankers are now free to Whatsapp clients from the beach 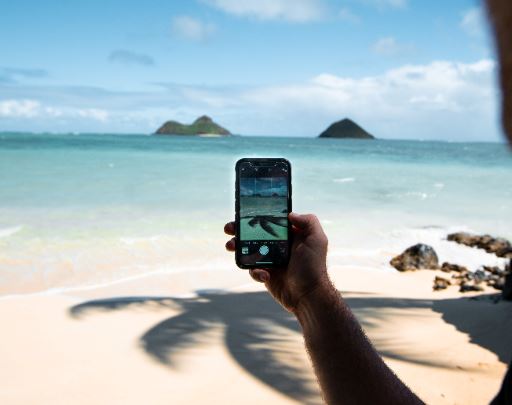 Back in the day, it seems that plenty of people at Deutsche Bank were using Whatsapp to hit-up clients. "People used it all the time," says one ex-MD at the German bank. "It was widely used for all sorts of conversations, including deal terms."

Deutsche Bank, however, got a whiff of this. In January 2017 it became one of the first banks to ban all text messages sent through Whatsapp and other communication apps in an attempt to clean up its act. At the time, Whatsapp functionality was switched off on DB company-issued phones, and banned on private phones used by its employees for business purposes.

Now, Deutsche is leading the charge to get its bankers back onto Whatsapp again. Except, it's Whatsapp with a difference. In a press release this morning, DB explained that it's partnered with Symphony, the encrypted communications platform widely used by investment banks, to enable Deutsche Bankers to communicate with clients via Whatsapp through the Symphony platform. The innovation is similar, which enables Whatsapp messages to be sent in a secure and compliant environment, is similar to functionality that was enabled for WeChat at Deutsche Bank through Symphony in 2019.

You can see how it works here. - Users can integrate Whatsapp or WeChat conversations into Symphony and bring clients into a single Symphony chat. The innovation seems particularly well suited to the current environment of working from home. Users of the new functionality can be "anywhere," says Bhavin Rawal,  Symphony's SVP of Product Management. "They can be in the kitchen baking with their kids, or they can be at the beach watching sunset."

So far, Deutsche is the only bank to have enabled the Whatsapp functionality on Symphony. However, other banks are expected to follow at the end of the summer.

For the moment, however, employees at rival banks are super-wary of Whatsapp after various messaging catastrophes that have resulted in firings and reduced bonuses. "It’s a cardinal sin to text/Whatsapp clients," says a trader at Goldman Sachs. One MD said he steers clear of all messaging services after seeing a colleague hauled up in court for insider trading.

Photo by Jeremy Bishop on Unsplash