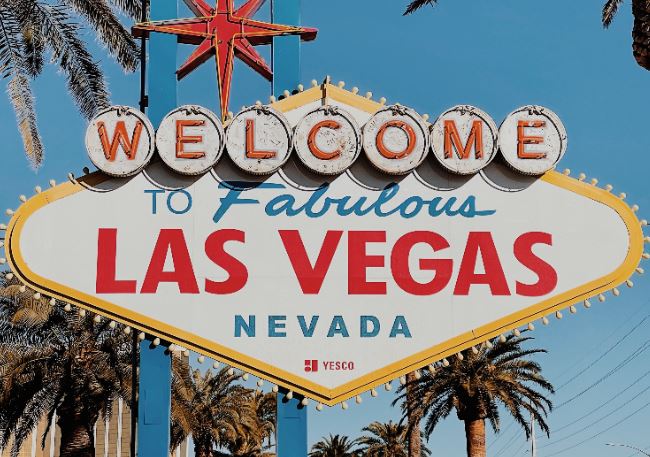 If you know anything about global macro hedge funds, you probably know the name Colin Lancaster. He's not George Soros and he's not Alan Howard, but Lancaster has had a long and storied career in global macro, spending two years as head of macro strategies at Citadel and seven years as head of macro strategies at Balyasny. More recently, he's launched a fund at Matador Investment Management, but prior to that he had a year's gardening leave - and during that interlude he appears to have written a novel.

Launched this week, Lancaster's novel 'Fed-up!' is a fictional account of the life of a global macro hedge fund between October 2019 and June 2020. It's surprisingly well written for a macro hedge fund manager whose life has presumably been spent chasing pnl instead of publishing deals. It's also highly informative about exactly what happened in the markets over the past year, what highly lucrative global macro jobs involve, and how you might get one.

Lancaster tells us he's an avid reader (it shows) and an admirer of writers like Michael Lewis. "I wanted to capture this extraordinary period of time that we have just lived through, and I wanted to do it through the eyes of a macro trader, which is what I know best," he says. While the book contains fictionalized characters with fictionalized personal issues, Lancaster says he intentionally set out to educate a potentially novice audience on concepts like macro investing, quantitative easing, and the history and role of central banks in modern markets. "If I called the book 'The History of Quantitative Easing' no one would read it except for geeks like me. I wanted to address these topics in a more user-friendly manner so that people could understand their significance while still enjoying the story."

Lancaster says he also set out to make an important social point: contemporary wealth inequality is often framed as a political issue when it's actually a monetary phenomenon. "Since the Global Financial Crisis, the Federal Reserve has pulled every lever imaginable (and then some) to improve the plight of the average American... but the benefits have accrued overwhelmingly to the upper class -- i.e. those who own assets. — I wanted to be able to describe this in the context of an entertaining cast of characters!"

Without divulging exactly what goes on in Lancaster's opus, this is what it says about getting a job in global macro - and on keeping one during a year when markets went crazy....

What is global macro?

While equity investors spend their time researching how particular companies operate, Lancaster says global macro experts "do the same [research], but on countries, not companies." Their analysis includes variables such as credit, housing, employment, inflation, and consumption, and they can invest in virtually any instrument anywhere in the world. "The Holy Grail of macro is finding an imbalance. Maybe it’s related to growth, or interest rates, or a central bank’s reaction function, and then profiting from the moves in that country’s interest rates, or foreign exchange, or equity, or credit markets..."

Fundamentally, Lancaster says global macro jobs are all about assessing what the future state of the world will look like and what's already priced-in by markets. "We do an amazing amount of work to try to answer this question. When we find an outlier, something that’s not priced by the markets, we get excited."

What kinds of jobs are on offer in global macro funds?

Lancaster's cast includes a boss who's the narrator and who runs the fund. There's also a trader who executes orders and understands where to "find liquidity." There's a quant who builds economic models in an attempt to predict what's coming next. There's an analyst who "knows a bit about everything" and who spends the COVID crisis frantically 'scrubbing' the portfolio trying to work out what could be sold. And there's a lawyer with a CFA Charter who can, "recite a standard ISDA agreement* from memory, negotiate a complex derivatives transaction, and locate and lock up cheap leverage better than anyone."

What kinds of people work in global macro?

It's not for the faint-hearted. "The guys at the top are all trained assassins," writes Lancaster. Drug-taking hedge fund managers are a thing of the past. "They have trainers, psychologists, meditation coaches, anything to increase their edge. And they all have another trait in common. They’re paranoid about failure, paranoid it will all go away, and they don’t have enough. No matter how much they have, they don’t think it’s enough to pay their bills."

Fundamentally, global macro traders are pretty intense. "The game has gotten much harder," says Lancaster. "You need crisp decision making. You need clarity. To me, the best traders are exceptional decision makers. They’re intensely competitive. They don’t let emotions affect their process...To be a great trader, you need to know yourself. You need to develop a type of multidimensional self-awareness. You need to understand what motivates you, how you’ve been impacted by past events, where you sit on the risk-taking spectrum, what type of decision maker you are, what key blockers are holding you back from peak performance, and how you can create an environment for yourself for optimal performance. And then, you need to constantly improve and get better...."

How hard do you have to work in global macro?

Hard. "Trading macro for a living is physically and mentally demanding," writes Lancaster. "Twenty-four-hour markets and a constant news cycle make it impossible to shut off... The combination is all consuming. Good luck getting back to bed after you’ve woken up to check on the Asia session and find out that the People’s Bank of China (PBOC) is hiking rates or unleashing another liquidity deluge. The sun hasn’t risen yet and you’re either already in the hole a few million bucks or wired because you’re having a monster day."

How do you get into global macro?

Historically, most people in global macro funds started out as rates or FX traders in investment banks. "They’re not usually equity experts," says Lancaster. "Equity traders are always bullish, always optimistic on the world. But not macro. We are more skeptical, more pessimistic."

Nowadays, more hedge funds are training talent in-house (think Point72 and its Academy), but Lancaster's boss says he has, "an army of headhunters whose singular job is to know, to the penny, how much each bank trader is hauling in at any given time," and to poach them if necessary.

How can you prepare yourself for a career in global macro?

i. Spend 10,000 hours becoming technically proficient. "Construct your own investment process, prove to yourself that it works, and then embed it in a risk framework that will allow you to produce the desired return stream."

ii. Identify your own motivations. Are you driven by money, power, excitement, or loyalty, creativity, and romance?  "If you deviate too far from your core values, you’re likely to feel unfulfilled and unable to reach the pinnacle," says the boss.

iv. Identify your biases. "Maybe you have an anchoring bias or a sunk cost bias." You don't want a Dunning Kruger bias, which says that people with low ability at a particular task presume an unreasonable degree of competence.

v. Learn how to build a great team.

What should you say in a global macro interview?

Late in the novel, Lancaster's boss interviews a potential new quant. He's not that impressed until he asks her to describe herself and she says, "I like to compete at everything."

Photo by Hans Isaacson on Unsplash