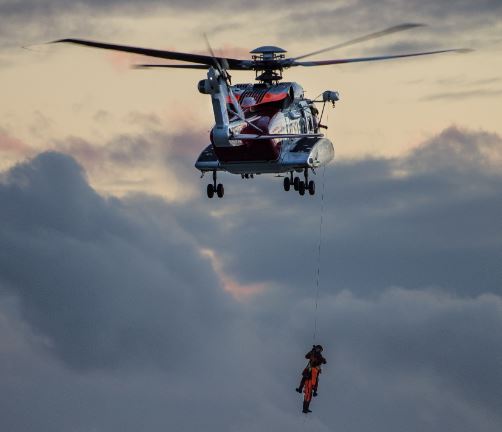 When everyone's being rescued but you.

A month is a long time in a pandemic. Four weeks ago, contractors in the UK were complaining bitterly about the imposition of the IR35 tax rules that were prompting many banks to insist they join the payroll and become employees. One month on, and the postponement of IR35 until April 2021 has seen some finance companies tearing up those plans to bring contractors in house. However, while the virus rages being an employee would have brought some advantages.

"I won't get anything at all now," says one contractor at a large finance firm who had been due to join the payroll. "Under the package they were offering I would have had sick pay at least," he adds. "But now I get nothing."

Nor is it just about sick pay. Yesterday's government package of measures to help the self-employed with payments of up to £2.5k a month during the virus expressly excluded company owners who pay themselves through a dividend. - That means most contractors working in the City of London, who will be entitled to nothing at all. Employees working under PAYE are entitled to up to £2.5k a month under the British government's furlough scheme.

Seb Maley, CEO of Qdos, a company that provides tax advice to freelancers and contractors, says the postponement of IR35 has been a double-edged sword. "There was a huge amount of campaigning for the IR35 reforms to be delayed, and they were because of coronavirus. But this now leaves those people very exposed to a downturn in the economy."

Maley says many banks simply "pretended their IR35 preparations never happened" when the rules were postponed. "There was a lot of sweeping under the carpet of PAYE determinations and new contracts." The forum website OffPayroll.org suggests that banks like UBS, Deutsche Bank, RBC, and BNP Paribas have all dropped plans to bring contractors in house and are allowing them to continue working for personal service companies (PSCs) until the new deadline of April 2021.

The upside of working for a PSC is that contractors may pay less tax this year. However, any financial advantages are unlikely to last. Contractors also noted that when Sunak announced the virus-support package for self-employed people yesterday, he said that he was now treating the self-employed like the employed and that the tax system would be reformed to reflect this in future.

"Sunak implied that he will need to equalize the taxation between self-employed and employed," says one longstanding finance contractor. "His package will come at a high price."

Maley said the perception is that contractors are being targeted by the government once again. "First they were targeted under IR35, and now they will get almost nothing from the self-employed scheme." In time, they could be taxed more to pay for that scheme as well.

Photo by Neil Thomas on Unsplash