The game that will help you understand the future of finance

by Sarah Butcher 5 days ago 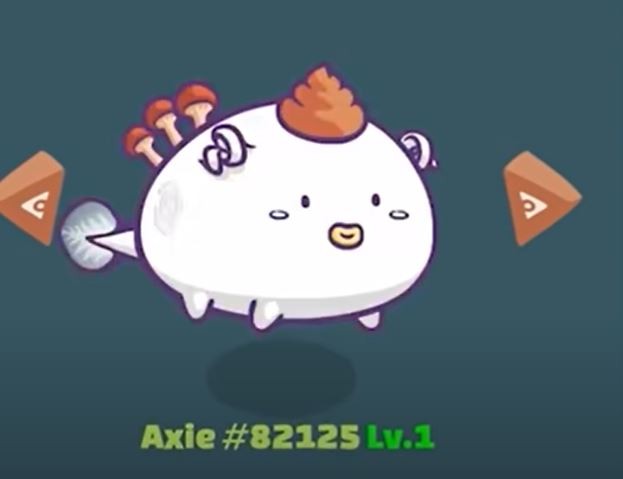 What if playing a game could help you get a job in financial services, and that game wasn't anything to do with bursting balloons in Pymetrics or having your personality profiled on Arctic Shores?

Speaking at last week's Digital Asset Conference in London, attendees from top firms across the finance world said the people at the forefront of finance now are not sitting in major investment banks or even in crypto trading firms. They're teenagers, they're into NFTs and they're playing a game invented by Trung Nguyen, a 29-year-old software engineer in Vietnam.

Called Axie Infinity, Nguyen's game involves cartoon monsters (Axies) battling other cartoon monsters whose strength is based on the species of Axie they are and the body parts they're endowed with. What makes Axie Infinity special is that it's built on the Ethereum blockchain and involves its own form of digital money called 'Smooth Love Potion' (SLP), which can be earned ("mined") by creating daily quests and engaging in battles with monsters.  SLP enables its owners to breed more Axies and therefore earn more SLP. SLP can be then traded on exchanges like Zipmex. More importantly, it's become a kind of currency in the Philippines, where many of Axie Infinity's players are based, and where it can be used to make real-world purchases like car insurance.

"Smooth love potion is used in shops in the Philippines," said Alex Svanevik, co-founder of crypto data provider Nansen, which provides data to crypto traders, hedge funds, institutional investors and VCs. The Axie Infinity game is like a fintech in its own right, Svanevik added. Richard Muirhead, managing partner at Fabric Ventures, which invests in crypto start-ups, said games like Axie Infinity have come into financial services under the radar: "The wallet being used to store value is being used in a mainstream way."

This matters to established banks, because the communities within games like Axie Infinity are expected to become far more important when the Metaverse takes off, and so are their tokens. "Kids" who create NFTs and who participate in gaming communities with tokens now are seen as being at the forefront of crypto. Bitcoin is already "boomer coin", observed Jonathan Cheesman, a former FX salesman at Barclays, Goldman Sachs and HSBC - the real innovation is happening at the fringes of the NFT universe and if you're trying to get a job in banking today, it will help to understand it.

"Think of it [Axie Infinity] as Pokemon on the blockchain, with a social network built-in, and an actual economy, and even companies built around the game that help players onboard and loan them money to get started playing," says Andreesen Horowitz, the VC which helped Sky Mavis, the company behind Axie Infinity raise $152m in October.

"My son is 15 years old," observed Alexandre Kech, a director dealing with digital assets and blockchain at Citi Ventures. "He already has friends who are buying NFTs for $1 and hoping they go up in price, or exchanging them for ether and US$."